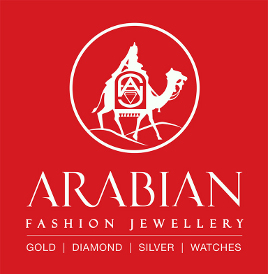 In earlier period the Arabs came to India.  At the period of King Cheraman Perumal, they made trade treaty with the King.  Thus the Arab merchants came to Kodungallore and Kozhikkode. They brought gold, pearls, precious stones; attar and trade back spices, coir, ornaments etc. According to the treaty the trading was flourished in Malabar. The King was very happy.  The gold they brought was called as Misri Gold or Arabian gold.  Those days gold designing and carving was dominant to one community.

At that time a Musalman from Alamcode,(in Trivandrum) reach Kozhikkode to design ornaments for the merchants.  He became famous for his craftsmanship and gems stamping.  Many royal families and the Arabs honoured him.  When he arrived his native place the Travancore King honoured with “Pattum Valayum” and called him “Ponnukaran“.  From then he was known as “Ponnukaran” (The Gold man) in all over Kerala and especially in Arabia.

After Ponnukarans death for some generations were not skillful to do the job.  Before nine years Ponnukaran’s young generation and successor Sri. Abdul Nazar carries Ponnukaran’s fame into existence.  In memory of the old trade with Arabs he started fashion jewellery with the name “Arabian” at Alamcode very near to Attingal in Trivandrum district.  His hard working, sincerity and honesty made him one among the others.  Within couple of years he started his second shop near to Attingal Private Bus stand in palace road.  The shop was spacious with enumerable collections of gold ornaments and gems from different countries.  His valued customers from different places made Arabian Fashion Jewellery as one of the trusted and leading gold jewellery in Attingal, Trivandrum Kerala